The final stop on our tour was Portland, ME, but we had another off day thrown in.  We went to Montreal – were worried we would run out of gas in the middle of Quebec and and didn’t know how to speak French.  Fortunately we found a police station that was able to direct us to a gas station. (Everything on the side of the highway was CORN FIELDS!)  And the guys at customs when we were leaving Canada wanted to know what we bought- Teddy bears and t-shirts?   A glimpse of all the hard rock cafe bags in the back of Erin’s car are included.

We also made a pit stop in New Hampshire at my uncle’s house before heading to Maine the next day.

For this show we  had stools in the handicapped area that spun around.  We were beyond sick of the song “Penny and Me” so I remember us spinning around on them “in protest” during the song.  Tyler Hilton had opened and I had gotten a promo CD of his at one of the other concerts  I went to that year so I brought it to have him sign it and he seemed really impressed that I thought enough to bring it to the show with me. (Little did he know I was carrying it all around Canada too!)

We thought that Taylor may have been sick for this show because there seemed to be a bit more Ike/Zac leads than usual.

I am realizing that photos from concerts REALLY help jog my memory a lot – sorry for the lack of details for these shows. I’m sure if I pull up my old livejournal I’ll have more details – but it will probably also make me cringe – so I’ll just go based on what I remember 😉 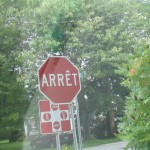 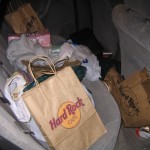 « Previous post
Book Review: The Messy Baker
Next post »
I have tickets to a concert 13 months from now