Sunday was KC101’s Summer Fling at the Dome at Oakdale. So yes, I did spend my weekend there.  Although I didn’t stay for the whole show.  There was a contest for a local band to play the fling and in the final 3 was local band Beach Avenue who has taken CT by storm since they auditioned for AGT (but didn’t make it), another band I had never heard of and The Go To which is my “little brother”s band.  I won tickets in hopes of maybe seeing Jesse McCartney and then we got word that The Go To won!! (With something like 15k votes. Very impressive!) 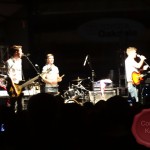 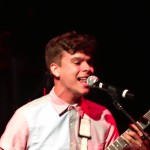 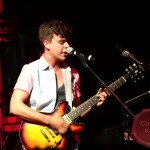 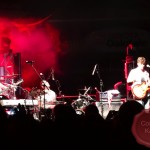 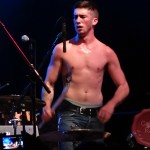 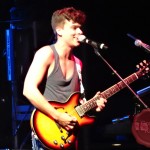 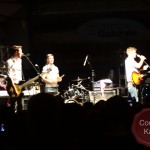 We ended up only staying for The Go To and part of The Heydaze but Jesse McCartney walked by and I had a chance to fangirl (he was walking outside and I was inside and saw him go by the glass doors lol) So I will consider it a success 😉 It was also 10 years to the day from when I was at Oakdale to see / interview Hanson so that was pretty wild.  Two very exciting nights in my concert history on the same date and place!

The Go To hit the stage at 7pm and they pretty much immediately had command of the crowd (you could tell by how many hands were up in the air when they asked them to clap!) They did a 20 minute set of original tunes and when lead singer Mat was yelled at to take off his shirt he said – “Do you think my Mom would like that? NO!” but took off his shirt anyway and tossed it in the crowd.  Drummer Austin followed suit and then they pretty much peer pressured bassist Alex into taking his shirt off as well. 😉  Even after the set when the guys were walking across the stage to get the last of the equipment out of the way, the girls were still screaming!

Be sure to check out The Go To at http://thegotomusic.com/ (and if you sign up for their email list you’ll get a free download of one of their songs – and who doesn’t love free music?)

And Jesse McCartney – I hear your new album is great – I’ll buy it if you promise to come back to CT and do a seated show where I don’t have to stand around through 3 bands I’ve never heard up (but I’m sure were great) to see you?