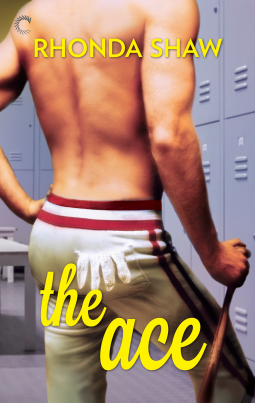 Karen is not interested in a long term relationship.  When something starts blooming with Jerry, her crush on the baseball team, they decide that it should be just sex and nothing more.  Except they both kind of end up wanting it to be more but neither quite knows how to say it to each other, so they end up fighting a lot over it.  When Karen finally comes around and realizes that Jerry IS what she wants – he gets hit in the head with a pitch and ends up in the hospital.  When Karen and Maddie rush there to see him, Chase has to pull some strings to get Karen in his room as his “girlfriend”.  When they enter it is evident that Jerry has amnesia and doesn’t remember the relationship that he and Karen had beyond seeing her at Maddie and Chase’s engagement dinner. (He is best man, she is maid of honor!)

Will Jerry remember what he had with Karen?  Karen thinks that she blew it and has lost him forever.  If he remembers, will she take the chance to let him know how she really feels?

I enjoyed the first book in this series, and I enjoy the amount of baseball related romance novels that seem to be popping up.  I was anxious to read this second installment and it did not disappoint!

Book two of Men of the Show

“Love ’em and leave ’em” has been real estate agent Karen Bently’s motto for as long as she can remember. She doesn’t need a man, except to make her toes curl. Or so she thought, until her longtime crush, Ace pitcher Jerry Smutton, sets his sights on her.

After signing one of the largest baseball contracts in history with the Detroit Rockets, Jerry enlists Karen to help him find the house of his dreams. Their connection is instant and electric, but neither of them is the relationship type. When Jerry proposes a friends-with-benefits arrangement, that suits Karen just fine.

Passionate sleepovers soon turn into long, romantic evenings… Still, Karen and Jerry refuse to acknowledge they’re a couple. Karen insists that she’s immune to Jerry’s heart-melting charm. Jerry’s not ready to settle down. Denial is the name of the game, until one pitch changes everything…