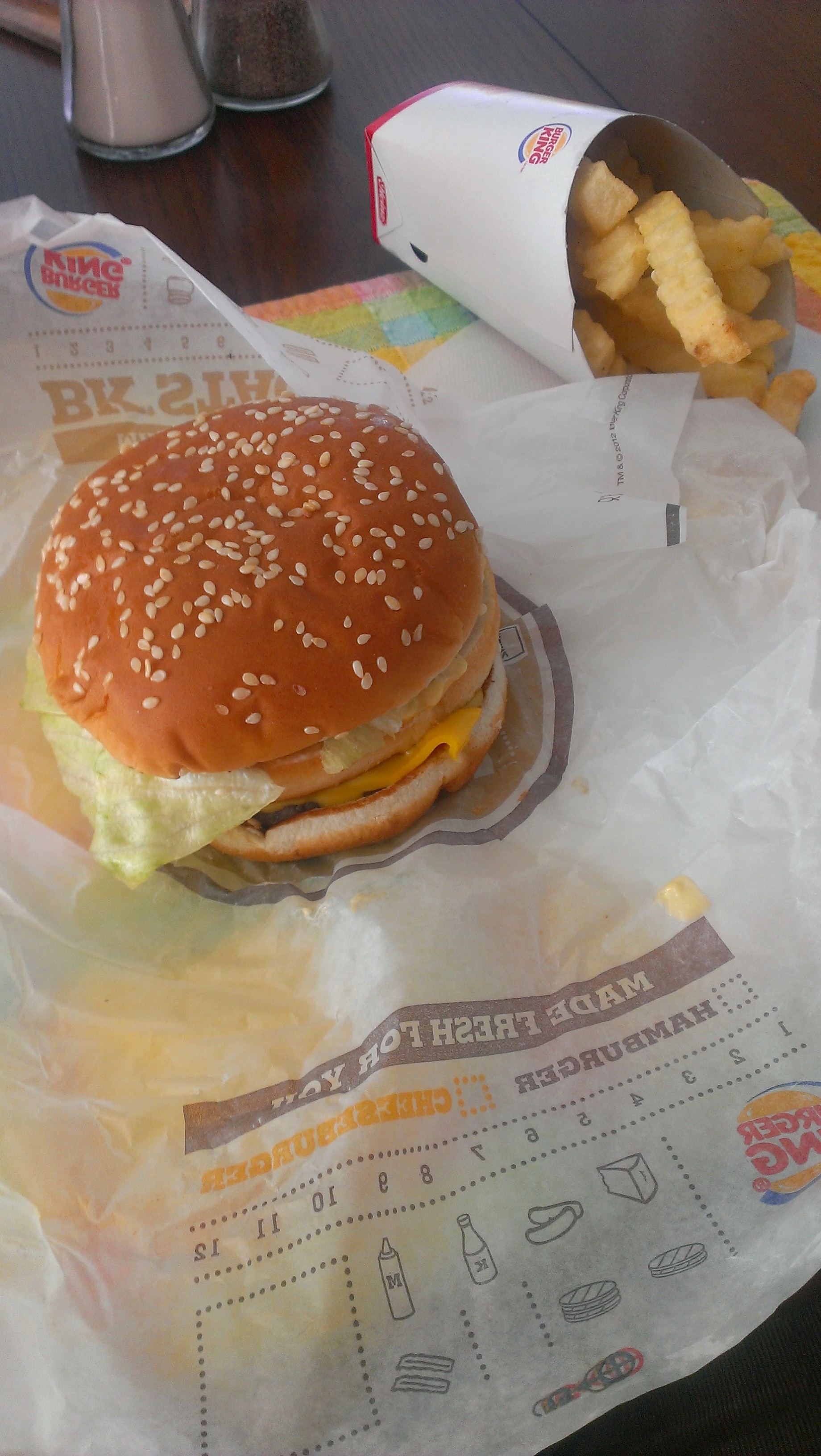 Burger King has come out with the “Big King” which is it’s counterpart to McDonald’s Big Mac I would assume.  Since the Big Mac is one of my favorite burgers, I figured I had to try out Burger Kings version to see how it matched up.

There are obvious differences – the lettuce is not shredded.  The special sauce tasted similar, but doesn’t have the relish pieces or whatever it is in the Big Mac.  The onions are a bit different and both have pickles.  Overall it was good and I was kind of wondering why it took this long for BK to come up with something to rival the Big Mac. (Apparently it was around in the 90s – early 00s for a little bit)  I still think I prefer the Big Mac, but at least now I have another option at BK other than the Whopper, assuming this sticks around for a while.
(I received no compensation for this post nor did I receive the item mentioned for free or discount. I am posting only because it is something that I wanted to share with my readers.)