Book Review: The Road to Nyn 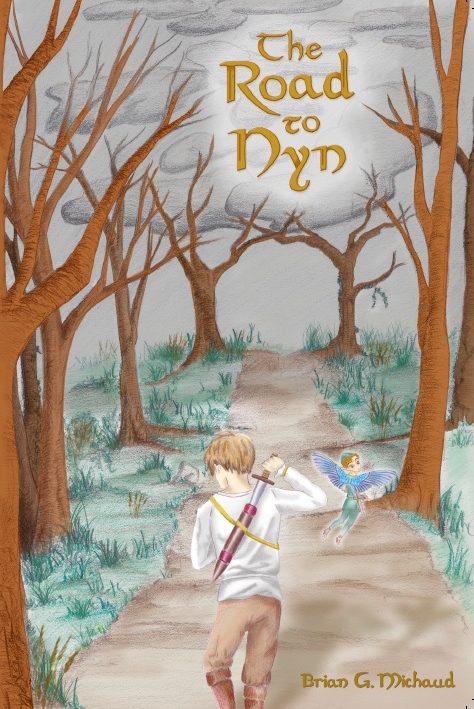 The Road To Nyn tells the story about a boy named Kay.  He is training to be a knight but at the same time is also studying forbidden magic.  He became a squire and then decided that he was going to leave his magic studying since every spell he casts, something bad happens and he doesn’t think he is quite cut out for it.

Except that then things take a bit of a turn when his village is attacked by goblins and his family is captured! Now Kay must go on a journey to save his family and friends.

The journey is quite a sci-fi adventure, with pretty much everything I was looking for in such an adventure. Great characters and lots of challenges that Kay needs to overcome.  Kay was also a great character that you just had to root for and hoped that he would come out on top! (Although in the beginning it did take a while for me to get through my head that he was a male character since his name is similar to mine lol)

I received a free e-copy of this book in order to write this review and participate in the blog tour. I was not otherwise compensated and all thoughts and opinions are mine.

The Road to Nyn Book Summary:
In a land where magic is outlawed, a young boy is living a double life. Although Kay is training to be a knight, he has been secretly studying the forbidden ways of magic with Alamin, a powerful but eccentric wizard.

After passing of the Trial of the Rings and being raised to squirehood, Kay has decided to tell Alamin that he is going to leave his magical studies behind. And why not? Kay hasn’t ever cast a spell without something going seriously wrong–like the random appearance of frogs or hungry wolves–besides, Kay could be banished from the kingdom just for associating with Alamin.

Kay’s plans are quickly obliterated when a horde of goblins attacks his village and captures his family and friends. Now, with his home lying in ruins, everything has changed. Along with Alamin and Felix, a self-serving kleptomaniac sprite, Kay embarks on an adventure that takes him across the Kingdom of Gaspar and into the dark and treacherous caves of the Goblin Realm. What Kay doesn’t realize is that his journey is leading him on a collision course with the Lord of Nyn – a being so powerful that none dare face him…not even Alamin himself!

Brian Michaud’s Bio:
Brian G. Michaud lives in a small town in Massachusetts with his wife, Kim. When he is not reading or writing books, he can be found teaching music at a local elementary school or rocking out on guitar with the band, Too Loud.

David Gray is coming out with his new album, Mutineers, very soon! You may know David from his hit “Babylon”.  Mutineers is going to be his TENTH studio album (impressive!) and his first in 4 years.  To mark the news, David is unveiling the video for “Gulls” which is the first track from the album that is being streamed ahead of release.

To coincide with Mutineers, Gray will tour the UK for the first time in three years. The headline tour, commencing at Birmingham’s Symphony Hall on June 23 will include a show at London’s Royal Albert Hall on June 24. The dates follow a run of sold-out US shows across April and May and three sold-out intimate shows earlier this year at Westminster’s Emmanuel Centre. US dates are:


Recorded in Church Studios, London and produced by Andy Barlow (Lamb), whose brief was to not let Gray “make the same record I’ve made before.” The result is an album that seems to fizz with the joy of its own assembly and finds Gray steering into unfamiliar territory while cultivating a pugnacious but respectful relationship with his own history. “I know I’ve done something here that has an authority that is inspiring me and I don’t have to worry about my past or any of that. The lovely thing about this is we’ve had the time to experiment, and it’s been wonderful,” says Gray.

David Gray captured the world’s attention with his breakout multi-platinum hit White Ladder, the first of three No.1 UK albums, earning him both Brit and Grammy nominations. He has continued to build on this success, with recent albums Draw The Line (2009) and Foundling (2010), both reaching the Billboard Top 10 in the US.

Mutineers Track Listing:
Back in the World
As the Crow Flies
Mutineer
Beautiful Agony
Last Summer
Snow in Vegas
Cake and Eat It
Birds of the High Arctic
The Incredible
Girl Like You
Gulls
Nearly Midnight (bonus track)

I did have one of David’s earlier releases (White Ladder – the CD with Babylon on it) so I had an idea of what to expect going in to listening to this cd.  Overall it is a very solid CD and after listening to it a few go throughs, there are no songs that are ones I consider “must skip” and the CD as a whole really flows.  Overall the CD is mellow and I liked having it as background music while cleaning up my room and working on blog posts. It was great “background noise” (although I hate to call it that!) and would also be great in the car on the way to work as well (and I wouldn’t be surprised if it made an appearance on my next road trip as well.) I don’t have a favorite song from the CD but I do enjoy Back in the World, Cake and Eat It and Girl Like You.

Mutineers is available for purchase at the following retailers:

Some of David’s social media links

I received a free download of the album to review from One2One Network. I was not otherwise compensated. All opinions are my own.

One lucky ConcertKatie reader will receive one Mutineers CD (ARV: $14.99!)  The giveaway will run from now until June 10th.  Winner will have 48 hours to respond to winners email to claim prize or else prize will be forfeited and an alternate winner will be chosen.  Giveaway is open to the US & Canada.