February 14, 2014 by ConcertKatie No Comments 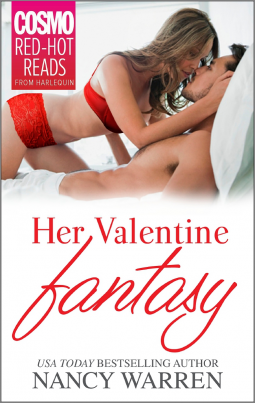 Jessica is on a date the week before Valentine’s Day and it doesn’t seem to be going so well.  When he leaves before the date is over and leaves her with the bill, Jessica is so frazzled she ends up leaving her room key instead of her credit card and leaves. (I don’t quite get this. Why you’d leave a credit card and leave the restaurant – but for the sake of the story I will go with it.)  The waiter, Sam, was really into Jessica and decides to head to the hotel to give her the key back and get the money for the dinner.  Jessica apologizes and says she will give him cash instead of making him run back to the restaurant with her credit card (see? now it’s part of the story?) but they end up hooking up instead.

When they meet up the next day, Sam is under the impression that Jessica is going back home to Chicago later that day, as Jessica neglected to inform him she lives nearby and was staying in the hotel to be closer to a convention she was working at.  Sam also neglects to tell her that while he is a waiter at the restaurant, he also OWNS it. (Something Jessica ends up finding out after calling the restaurant to get in touch with him again).  They have another day of sightseeing and hooking up and Jessica is pleased  that her New Years Resolution of having great sex before Valentine’s Day has come true.

The book ends on Valentine’s Day and the two are together again.  Something that bothered me is that the lies each of them had told each other was never resolved.  You don’t know if the relationship went beyond Valentine’s Day or how all that worked out and since that was bugging me the most while reading it, I’d have liked for that to be resolved.  But as this is a Cosmo Red-Hot Read, the story is short which is what I like about them so I guess I either have to be happy with the short story or want the story to have more information included 😉

The tasty dish from Benedict restaurant is everything Jessica Lafayette could want… or crave. And it’s not the dessert in front of her—it’s her waiter. A guy with dark, intense eyes that suggest he wants to slowly lick whipped cream off her skin. A smile so wicked it makes her insides lava-cake gooey. And a too-hot-to-handle body that was meant to be tasted…

Yup, Sam The Waiter is better than chocolate.

But what Jessica doesn’t know is that her one-night-waiter is actually Sam Benedict, Upscale Restaurateur. And that her little lie about being from out of town is going to turn into a Big Deal. Now Jessica is in deep hot chocolate… because her Valentine Fantasy is starting to look a lot like a red-hot reality!