February 12, 2014 by ConcertKatie No Comments 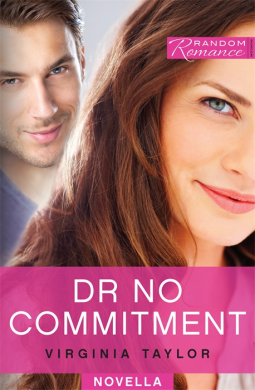 Dr No Commitment is about Rohan Sinclair and his roommate Ally.  Rohan is a doctor and Ally is a nurse. Ally shares a home with Rohan and his twin cousins, Angus and Hamish. Ally and Rohan both seem to be into each other, but Rohan appears to be dating a model and doesn’t want a commitment with any woman.  Ally does.  Rohan keeps trying to hook up with Ally but Ally keeps trying to resist him.  But for how long?  Rohan then ends up working on the same floor as Ally and that seems to be what causes their relationship to shift a bit.  Ally knows that Rohan is not what she wants – but can she make him be what she does want? Will he be willing to put his ‘no commitment’ mantra away for Ally?

The story dragged out a bit but overall it wasn’t a bad story.  I just kept hoping that they would get together earlier than they did!  The book is also set in Australia so a few of the words that they use are not what they use here in America.  It’s not enough to make it hard to understand, you just sometimes do a double take on a sentence to figure out what is being said 🙂

A mischievous romantic comedy, about a man whos always run from love and the girl who just might catch him.Ally was warned about Rohan Sinclair when she first moved to town  and she is determined she wont let this gorgeous, model-dating doctor distract her from being the best nurse she can be. Problem is, this bad boy just happens to live in the room next door . . .Its hard enough to resist his persistent charm at home; almost impossible when they are thrown together at work . . . But a little innocent flirting never hurt anyone, right?Wrong. Ally knows its a terrible idea to fall for a man who will never commit, but what if in every other way hes her perfect guy?