Tuesday night was my last Hanson concert of the ANTHEM World Tour. I think. At least for this leg.  It was also the band’s second to last show of the tour. (I always vow not to miss the last show of the tour but have yet to actually go to one)  I think for the first time EVER I actually made it to the Starland Ballroom in the amount of time it should have taken for me to get there.  (One year we left at 11am and didn’t get there until doors? at 7? I live 2 hours away…)  Starland was actually severely damaged last year when Superstorm Hurricane whatever it’s being called Sandy made its way through our area.  They completely renovated and re-opened in September.  Honestly, it had been a while since I had been there and it didn’t seem all that different.  Upgraded? Yes. But the general layout and the ADA section being waaaaaay in the back was all the same.  Although I was worried that where we were, Taylor’s piano would block everything… and it didn’t so that was a pleasant surprise!

David Ryan Harris opened up and I think he did the same. exact. setlist as the other 2 times I had seen him.  I mean, I guess it’s easier that way for him but with Hanson you get a lot of fans going to a lot of shows and I always appreciate it when an opener acknowledges this and switches things up a bit.  I do love his voice but I just can’t get in to him as an opener for Hanson.  I don’t know why they always bring these more mellow guys on tour with them.  Any other place I would LOVE them but before a Hanson show I want to get hyped up, not be on the verge of taking a nap.

Then it was time for Hanson! This was my 93rd show.  And I didn’t get any new songs which was a bummer (I missed out on their cover of Ain’t Too Proud To Beg which is a HUGE bummer! Maybe they’ll do it in Jamaica?) But they did do Too Much Heaven acapella again (though unlike in Pittsburgh, they used a mic) and it was interesting to see how different it was (moreso based on venue and crowd reaction) in Jersey vs Pittsburgh.  In Pittsburgh Zac told us to be quiet and pretty much everyone shut up.  In Jersey they told us to be quiet and it got loud because everyone was “sshing” each other.

For solos – Isaac did For Your Love. Again. So that is 5 out of 7 that I got that from him.  Zac mixed things up with The Walk. I want to say that I had no repeats from Zac in the solo department, but I may be lying (I don’t have setlists handy  to double check but if anything he may have repeated only 1) and Taylor did Save Me… again.  Not sure that count either but the funny thing is before the tour I was talking about how I was hoping that some of the rare-er performed songs would stay that way.  Save Me up until this album I had heard live 2x. Once at 5 of 5 where they played every album song, ever, so that hardly counts.  Now my count is much higher thanks to Taylor’s solos. grumble grumble.

The rest of the show was pretty typical… but for the encore they brought out another mic and David Ryan Harris joined them.  Taylor said something about it being “that time of year” and so they did Merry Christmas Baby and Run Rudolph Run for the encore with DRH on guitar and he sang a verse in Merry Christmas Baby as well.  Then Taylor was talking about how we did the walk (well not me but others) and how they liked walking around the parking lot and that they liked our energy and our enthusiasm for Jesus’ birth?  I’m not sure if that’s what he said exactly but I guess it was because everyone got excited for the Christmas songs.

After the show it was FREEZING and the line at the bus seemed a bit insane.  I had 2 hours to get home ahead of me so I waited a bit for the parking lot to clear but then headed home.  Although I didn’t listen to the GPS when it told me to take an alternate exit and got caught in some traffic because a car was stuck under a tractor trailer… I was only stuck for a couple of minutes, fortunately.  Then when I got closer to home a car or two had hit a deer (they were pulled off on the side of the road) and I got to drive through all the mess of it that was in the road. Gross. Hopefully the cars aren’t banged up too bad.  Then I was trying to be hyper aware of any other deer out there. Fortunately only saw one that was eating on the side of the road and stayed put! 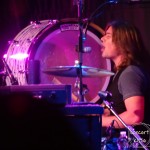 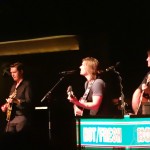 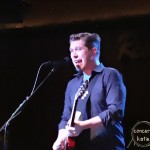 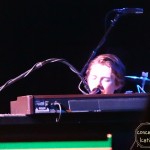 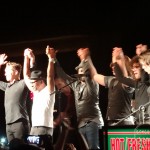 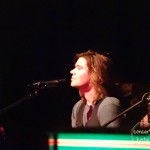 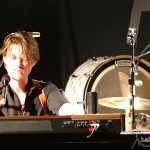 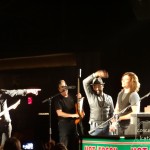 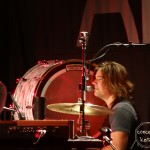 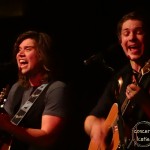 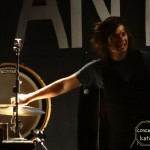 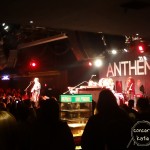 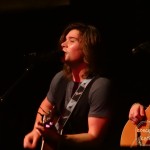 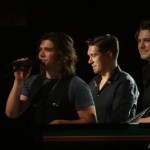 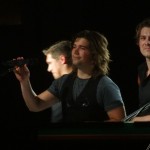