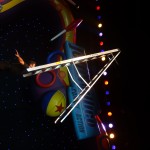 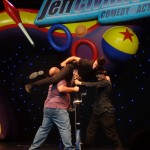 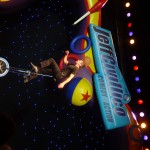 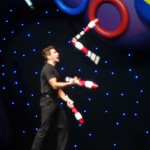 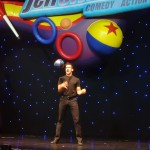 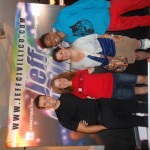 Jeff is taglined as “Comedy in Action” and is at The Quad at 4pm.  He has Turf from America’s Got Talent opening for his. Dude is ridiculous. He shouldn’t be able to do that! Jeff’s show is about an hour and you can expect unicycles, juggling, audience participation, high kicks and wedgie picks.  Our crowd was not really into it, it seemed, or a lot of his jokes were just falling flat.  Not enough a polite clap or laughter at times which he kept commenting on.  I guess that kept him on his toes to make him really need to try and impress us!  The show was a lot of fun and we were able to meet Jeff and Turf after the show.