After the broomball game we hung out in the car for a bit and heard some of the Jonas Brothers soundcheck.  We then went to Chocolate World to kill time before night 2.  We knew that it was predicted to rain, so we grabbed our rain coats and headed in to the stadium.

MKTO kicked off the show.

Emblem 3 was up next.  About 2 songs into their set they told us that lightning was in the forecast and that we had to go under the stands for our safety while it passed.

We were underneath for about an hour and it was ridiculous because there was no room for people to move yet everyone was trying to get somewhere else.  I was also told I was too young to know Boyz II Men songs. LOL, I’ll take it. (Turns out I was older than the people who said that to me.)

Emblem 3 continued their set at 7:15 and the show just went on from there – but it was still raining. We were all SOAKED.

Boyz II Men came out next and I think they did a bit of a modified set compared to what they did on The Package Tour (we figured if everyone cut a song or two from their sets, everything could kind of stay on schedule)  We spotted Zac Hanson checking them out on the side of the stage in the beginning of the set too and then he went into the gold VIP side stage area to take some pics.

Jonas Brothers played what seemed to be the longest set ever – and I’m a fan. I don’t know, they seemed to just never end and I was soggy and pruney and just wanted to get the show moving.  They sang Thats Just The Way We Roll – Joe didn’t change the lyric from Hanson and I thought for sure they’d come out, but Kevin just pointed off in the back of the stage where I assume at least one of them was watching the set.

TLC’s reunion was next.  They started off with some technical issues with TBoz’s mic but then they seemed to get everything worked out. Before Waterfalls they said that it was a song that meant a lot to Lisa Left Eye Lopes and had us all hold up lighters, cell phones, etc in honor of Lisa.  The stadium lit up and it looked so beautiful!  Most people held them up for the whole song.  They had all of Left Eye’s raps on a track.  It was a bittersweet set because I loved TLC growing up, but never had the chance to see them until now.  They said that they will never replace her but that they wanted to move on and continue to make music and share with everyone.

NKOTB was up next and they also did a more modified set from The Package Tour. It was a ton of fun and during Tonight, Danny and Joe walked right by the ADA seating and we got to shake Joe’s hand!

We were hoping that all the bands would come out on stage again, but that didn’t happen.  And by that point we were freezing and soggy so we just decided to leave.

All in all it was a fun weekend and I hope that Hanson goes back again next year! 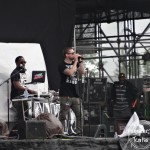 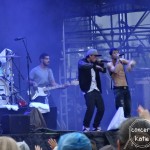 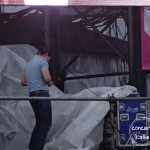 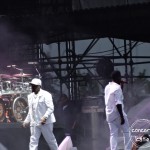 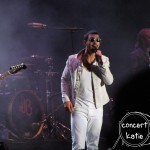 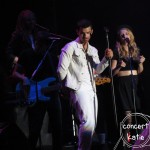 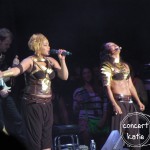 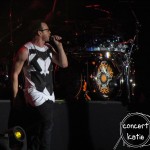 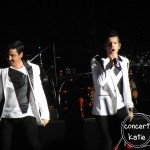 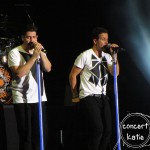 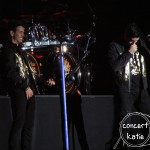 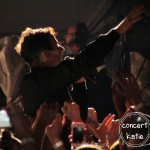 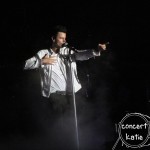