April 8, 2013 by ConcertKatie No Comments 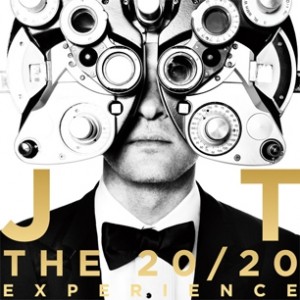 
After 7 years, Justin Timberlake has come out with another solo album.  It is crazy to think that it has been that long since he’s been doing music.  Or that it’s been that long since I’ve been boycotting his acting career in hopes that he would go back to music.  My theory was, if he went back to music then perhaps that would lead to an *N Sync reunion, which is what I’m waiting for.  I am not really sure if this means we are one step closer to that or not, but I guess we’ll see.

The first single – Suit & Tie came out while I was in Jamaica and all I was hearing on social media was that it stunk, no one really liked it, but then after a few days they were all saying it grew on them.  For me, it never grew on me.  For the week leading up to the release, Justin was on Jimmy Fallon’s show as part of “Timberweek”.  Every night that week I had an internal battle with myself – after going for so long “hating” him – did I really like him or not?  I’m really not sure of the answer.

But I can tell you that overall, I’m not digging this album.  On their own, each song is unique and most are ok (there are a couple I really like) but together it just doesn’t seem like the album flows or that it is cohesive.  With a second edition of the album coming out later this year, I’m not sure what to expect. Is this part just an experiment and the other part will make more sense? Or was everything done all at once and I won’t “get” any of it?

I am definitely in the minority though because the album sold phenomenally well in the first week and most of my friends can’t get enough of it.  Maybe I’ll care about Justin again if he has 4 guys behind him – and NOT the barber shop quartet that he had with him on Fallon’s show – you know who I mean.  JC, Joey, Chris and Lance.  (Oh, and the fact that he’s playing Yankee Stadium ON MY BIRTHDAY with Jay-Z and not JC isn’t helping matters.)