December 10, 2012 by ConcertKatie No Comments 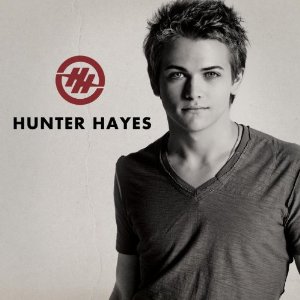 
I was first introduced to Hunter when he opened for Carrie Underwood in September.  I loved his set and came home and bought his self titled CD.  I didn’t have time to listen to it for a bit though… but better late than never. (Though I do wish I got a head start because I can not stop playing it now!)  There are a few songs on the CD I remember him performing live and they were part of the reason why I ended up liking him so much (the fact that he is adorable didn’t hurt either) Those songs are Storm Warning, Wanted and Everybody’s Got Somebody But Me.

I really think that Hunter could cross genres if he wanted – and I’m not just saying that because I am still too stubborn to admit that I like country singers.  Some of the songs sound much more country than others, some are rock and others have a bit of a John Mayerish blues quality to them. (Or maybe it is the guitar that reminds me of John)

Hunter is still out there on tour with Carrie if you get the chance to see the show – Carrie puts on a phenomenal show and Hunter is so high energy opening for her – I don’t think you will regret it if you go!