November 5, 2012 by ConcertKatie No Comments 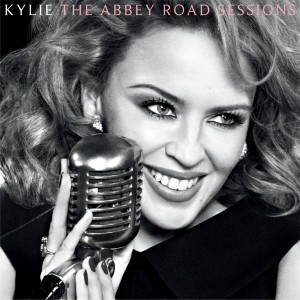 Throughout 2012 Kylie has been celebrating K25, her 25th Anniversary in music. It has been an extraordinary career so far – 60 million global album sales, multiple hit singles, spectacular global tours, amazing collaborations, countless accolades, acting roles and regular TV appearances. All of which has permanently cemented her place in music history as a bona-fide superstar. 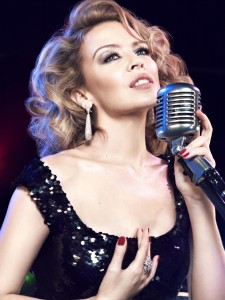 The album is a really nice compilation of Kylie’s career.  It is a bit more stripped down and slow than you might be expecting, but that is due to the addition of the full orchestra which really adds a nice new element to the songs. While not technically a greatest hits – it is nice that all the songs were reworked and it isn’t just a forced release – it is a worth while purchase to hear all the songs with their new layers.

There are really only a few of the songs that I was familiar with before listening to the CD – with most of them being her big singles – “Locomotion”, “Can’t Get You Out Of My Head” and “Love at First Sight”  The reworking of the song “Love at First Sight” is really well done as well.  I think I like this orchestra version better than the original!

I didn’t realize that Kylie had been at it for so long – 25 years – wow! But I guess time flies when you are having fun!

The song “Flower” is her latest single and it is a song she wrote several years ago following  her battle with breast cancer, the song is written to the child she wishes she might one day have.  It is a beautiful song and the lyrics are really touching.

If you’re not a fan, check it out anyway!

For more information on Kylie check out her website: www.Kylie.com

Want to see Kylie on TV? She’ll be on Dancing With The Stars on November 13th and on The Tonight Show with Jay Leno on November 14th! Set those DVRs!