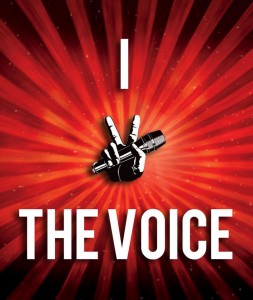 The Voice is back! And even better – back after a Giants win at the Super Bowl!!  What is the over / under on how many times Adam is going to mention he won last season? Every time he turns his chair around and has to fight for a contestant? (That’s gonna get old fast!)

Rae Lynn – could take or leave her but no surprise she went with Blake.

Jesse Campbell – really good. And all 4 turned around!

Daniel Rosa – Not awful, but not all that impressed with him either and I guess the judges weren’t either

Juliet Simms – Im very biased on Oh Darling and believe other than the beatles Zac Hanson does the best rendition of this – but Juliet’s was not bad.

Chris Mann – Chris is a friend of One2OneNetwork! While I think he has a good voice, I’m not sure he is a fit for the show, so it will be interesting what they do with him, especially since the battle rounds are generally more mainstream songs and I don’t know that I want them to send him down that path. But.. we’ll have to wait and see what happens.

Tony Lucca – I love love love Tony Lucca. So so so glad all 4 turned their chairs around for him!  Looks like I am Team Adam again this year!

The Line –  I thought they had good harmonies… but I was surprised they went with Christina over Blake!

Jamar Rogers – Is this Danny Gokey’s friend from Idol? Or am I losing my mind? lol  (I looked it up. It’s him. Now my mom thinks I am crazy because I remembered him haha)  I think he and Cee Lo are a great match.

Neal Middleton – I thought he was good and kind of surprised no one turned!

Gwen – Glad she went with Blake – Adam turning around at the veeeryyy last second was kind of a lame move. Not to mention Blake will help her be more country than Adam.

Pamela Rose – I agree with the judges on this one.

Kim Yarbrough – Very good singer. Kind of shocked she went with Adam over Christina though!

Dez Duron – Cute…. but.. no thanks. Maybe ill bump in to you near Yale sometime…

Lindsey – I thought she had a great tone to her voice and I really liked her performance.

Hoja Lopez – This girl looks like the real life Lucy from peanuts. And Lucy is my favorite. So I want to like her. And then she comes out with some Katy Perry :/  She was really nervous and I think that really affected her performance so we say goodbye.

Jermaine Paul – very good even though im not a fan of the song choice.  Very surprised he went with Blake too, but we’ll see what happens!

Angel Taylor –  I am really sick of hearing Adele covers (in general) so that automatically knocked a few points from any score I’d give Angel.

Of course I am completely Team Adam and Team Tony so everyone since him has not wowed me. I’ll have to pick a couple other faves soon though 🙂