August 2, 2011 by ConcertKatie No Comments 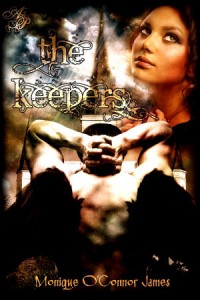 Jess denies God. In his infinite wisdom, he’s taken everyone she’s ever loved. Moving to the French Quarter was a ploy to erase the guilt she felt for rebuking her faith. Perhaps, if she hadn’t met Justin, an angel preoccupied with getting back into God’s good graces, and drowning in his hatred for humanity, her plan would have worked.
Justin’s general disdain for the human race makes him difficult to like, but some higher power has appointed him her keeper. Justin’s convinced he can mend her broken relationship with her maker, but in the process he learns a thing or two about his own humanity.
Never mind falling in love, that’s not supposed to happen. In fact, it may even be forbidden. Jess just wants Justin to understand her plight, and he wants to protect her from a world she doesn’t know.If neither are equipped to save the other, then whose soul will live and whose will perish?

Monique is the mother of two beautiful children and lives in a small community outside of Baton Rouge, Louisiana.  She currently works full time as an insurance agent, but her favorite jobs are mother, wife, and author. On her eighth 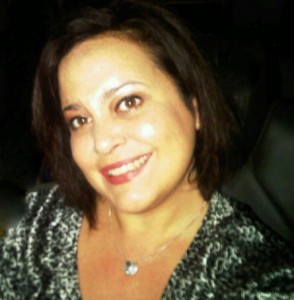 birthday, her mother bought her a journal and said “write whatever you want, just write”. And so, a love affair with words was born.  She wrote poetry and short stories in high school and college, until 1993 when her mother was diagnosed with breast cancer.
Finally, in 2007, under the urging of friends, she sat down and pecked out her first novel.  It was raw and unpolished, but the process had been unquestionably cathartic. The next three years were spent filling her hard drive with seven complete manuscripts.At the beginning of 2011, Monique decided it was time to edit the work and share it  with the world.  She hopes you enjoy the ramblings of a truly southern girl raised in a state rich with heritage and love.

I have to say, this book was incredibly difficult for me to get in to.  Once I pushed myself, I found a grammatical error of the use of “you’re” instead of “your”, which is one of my biggest pet peeves when it comes to grammar as that is one of the easiest ones to figure out! You’re = you are.  “You’re brother is hot” would be “You are brother is hot” which makes no sense!  That then turned me off again so I had to push myself again to continue on.

I also had a hard time picturing the scenes.  I like to imagine that I am in these places with the characters.  I know that everything was set in New Orleans, but as I have never been there (though I would love to visit one day) it was hard to picture it without there being some descriptions of where they were.

I did like the concept of the fallen angel though.  I am not one for vampire stories, but I do love angels so this was a bit of a breath of fresh air in that aspect.  And who isn’t a sucker for a young adult romance novel?

I would rate this book 3.5 / 5 stars. It is a quick read and would be great for a quick summer weekend if you want a bit of an escape from reality.