January 21, 2011 by ConcertKatie No Comments

Is it always better to know the truth, even when it hurts? Or is ignorance bliss? Or are they both true sometimes?

I think it is better to know the truth.  I’d rather not be lied to and continue on being misinformed, because should I find out the truth later on down the line, I think it would hurt that much more.  I can’t really think of an instance when I would rather be lied to to save my feelings. 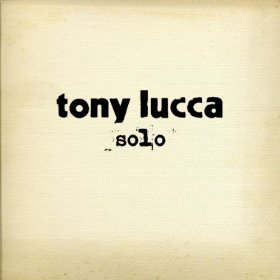 The only thing better than music – is free (legal!) music!  And today I have just that for you.  Tony Lucca, one of my favorites since I was in the 5th grade and he was on the Mickey Mouse Club, is offering his newest album “Solo” on Amazon MP3 for FREE!  It contains 11 of what are sure to be fantastic tracks!  (I can’t say for sure though, as mine are still being downloaded ;))

I received no compensation for making this post – I simply saw something being offered for free that I thought might be of interest to my readers.

What is Art Rock? Also known as experimental rock, progressive rock, avant garde and psychedelic rock, is a piece of music that appeals more intellectually or musically and is not formulated along pop lines for mass consumption.

1. YES … AND YOU AND I : “Coins and crosses never know their fruitless worth..”
What inanimate object do you cherish?
My zac doll, even though I havent taken many pictures of him lately he was always in my purse!

2. MOODY BLUES … MELANCHOLY MAN : “Another man is what you’ll see, Who looks like you and looks like me, And yet somehow he will not feel the same, His life caught up in misery, he doesn’t think like you and me…”
When have you felt like an outcast?
Always.

3. EMERSON LAKE & PALMER … THE ENDLESS ENIGMA : “I’ve seen paupers as kings
Puppets on strings, Dance for the children who star. You must have seen them everywhere”
How did you entertain a young child recently?
I havent been around a young child in a while. At least not one that it was my responsibility to keep entertained

6. DAVID BOWIE … SPACE ODDITY : “Ground control to Major Tom, Your circuits dead, there’s something wrong, Can you hear me, Major Tom?”
Who were you speaking with the last time you had a dropped the call?
My phone doesn’t drop calls, which is interesting because supposedly my mom’s phone does all the time yet we are on the same plan and therefore same carrier. *shrugs*

7. ROXY MUSIC … OH YEAH : “Day and night drifting into love, Driving you home from a movie show, So in tune to the sounds in my car…”
Do you have a special romantic song you love to listen to in the car?
No

8. VELVET UNDERGROUND … FEMME FATALE : “See the way she walks, Hear the way she talks, You’re put down in her book, You’re number 37, have a look…”
Have you dated a lot of people? (More than 10)
Nope

9. THE NICE … COUNTRY PIE : “Listen to the fiddler play, When he’s playin’ ’til the break of day, Oh me, oh my, Love that country pie.”
What is your favorite kind of pie?
Apple, I guess.

10. FRANK ZAPPA … DON’T YOU EAT THAT YELLOW SNOW : “And the northern lights commenced to glow, And she said, with a tear in her eye, Watch out where the huskies go, and don’t you eat that yellow snow…”
Have you ever eaten snow?
Probably as a child.

11. GENESIS …THROWING IT ALL AWAY : “When there’s nothing that I can say –
we’re throwing it all away…”
What was the last thing you threw away?
I’ve been cleaning my room so a LOT of stuff has been getting thrown out, I can’t remember exactly what the last thing was

12. KATE BUSH …THE DREAMING : “Many an aborigine’s mistaken for a tree, see the light ram through the gaps in the land. You near him on the motorway and the tree began to breathe…”
Have you ever accidentally killed or injured an animal with your car?
YES 🙁 We had a woodchuck or a gopher or groundhog or whatever in our backyard that I had named “fatty” and one day I was driving to school and fatty darted out in front of my car and I ran him over. I called my mom crying and she said to just go to school. I also ran over a squirrel once too. He dropped his nut halfway across the street and ran back to get it and instead ran into my tire.

13. JETHRO TULL … LOCOMOTIVE BREATH : “In the shuffling madness Of the locomotive breath, Runs the all time loser, Headlong to his death…”
Have you ever been in a dangerous situation where you could have been hurt or killed?
Yes… the Drake/Hanson riot comes to mind lol