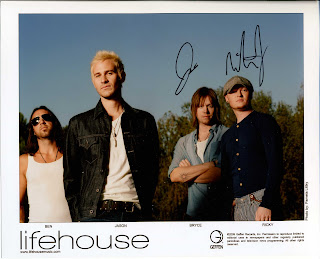 About a week or so ago I got an email from 96.5 TIC saying that they were doing an acoustic cafe with Lifehouse and they were giving away tickets online through their Insiders Club.  I went to their site, got my 5,000 points and then traded in for the tickets.  For no apparent reason other than I seem to have an addiction to concerts, and the free-er, the better.

Christine said she would go with me, so I went to her house and then we headed to Up Or On The Rocks which is also where we saw Kris Allen’s acoustic cafe back in December.

The event was set to start at noon, but at 11:30ish when we got there, everything was locked up.  A bunch of people showed up at the same time we did, so we formed a bit of a line and made small talk with those around us to pass the time.

We were let in and grabbed a spot near the stage.  Gone By Daylight played about 6 songs – they had participated in the battle of the bands to win an opening slot for Bon Jovi (who is also in town this weekend) but hadn’t won.

After their set, we hung around downstairs waiting to see if they were going to bring us upstairs again for the main event, or what was going on.  No announcement was made, but then everyone started heading up the stairs.  For some reason the crowd seemed a lot smaller when we headed upstairs, and I found a nice poll to lean on.

Ricky and Jason of Lifehouse came on stage and sang two songs.  I was a little shocked it was so short, Kris had done several songs and with the opening act playing so many songs, I thought for sure Lifehouse would have done more.  (Basically, I was holding out hope that they’d sing “Hanging By A Moment”)

Then we waited in line for the M&G, go our picture taken with Ricky and Jason and a pre-signed photo.

Check out video clips of both songs they sang below.. and some of my photos! (I only managed to take 10, but they didn’t all turn out that well lol) 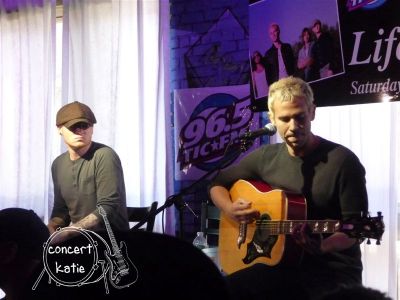 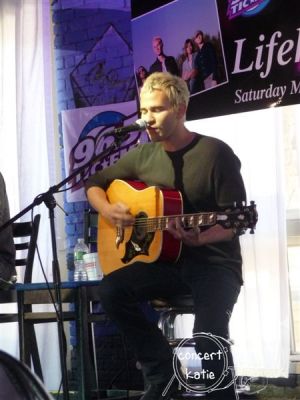 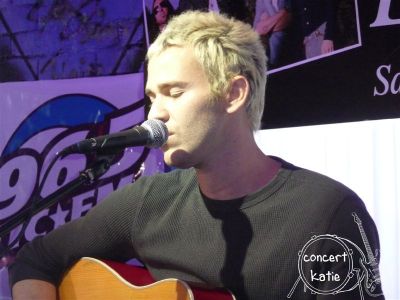 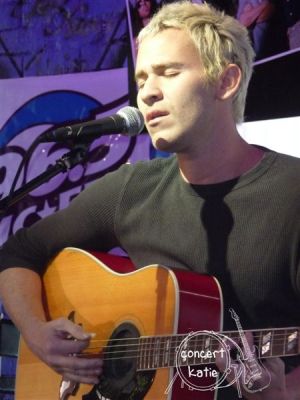