September 17, 2009 by ConcertKatie No Comments 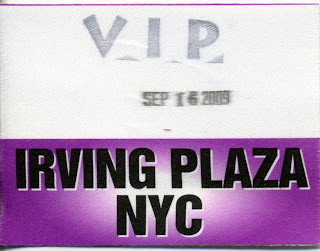 Thought I was going to miss today, did you?

Not when I have something legit to talk about!!

Last night was Honor Society’s CD Release party in NYC. Lauren and I were obviously planning to go regardless, but since only the first 150 people would be let in, we weren’t sure if we’d make it so we tried to win passes from the fanclub.

In true concertkatie fashion, at 10am I got an email that I had won passes and that I needed to show up by 5:45 in order to be let in.

We got in a bit early and no guest list line was set up, so when we asked we became the first ones in line. While security was trying to figure out what was going on, Honor Society showed up and Alex came right over to Lauren and I to give us a hug 🙂 Then they went inside for an interview.

Shortly after we were let in and when I picked up the passes they were VIP! We went into the small VIP area and were in there with family and friends of the band.

Soon after the guys came out and gave speeches and then came to mingle with the VIP area. We talked to Mike and Andy and got a pic and auto from Andy. Alex’s mom was right near us so she made sure Alex came by to sign our CD 🙂 before heading out to mingle with the fans.

Later on, Jason came back into the VIP area so we were able to get a pic/auto from him.

Alex is always surrounded by 5x as many girls as the other guys are. We almost made it up to him when he got called away (again) so they could say their goodbyes.

Luckily, we were VIP so when they came back out we were able to grab Alex for a picture and then chat with him for quite some time about our dreams and aspirations. (I want to see the band 20 times be the end of this year, he wants to be on late night TV lol) He said we should come to the Today Show and was asking if TV Shows count in my concert count. (As long as they perform – YES!) And he also said he would give me a drumstick in PA – I just need to make a sign so he’ll remember 🙂

Then we chatted with Andrew a bit about our website, how many hits we’ve been getting lately and how they got a TON of plays on the myspace when they put the album up to listen before its release. He also said we should come to the today show and was really pressuring us to go LOL But we will do what we can! Gotta get the day off and take a 4am train so there’s a certain amount of preparation that goes in to that mentally lol

Seriously I don’t even feel like the night really happened, it was so amazing! I love those guys and am so so so proud of them and how far they have come (even though to me it seems like it has been SO FAST!) and can not wait to continue on this journey with them 🙂

Check out my pics with the guys under the cut 🙂 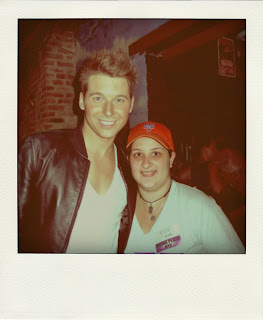 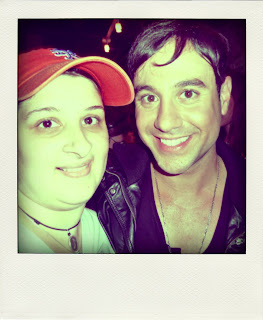 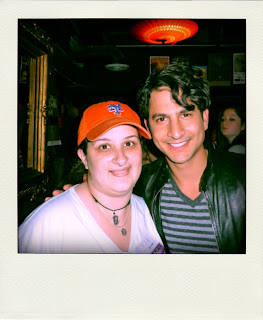 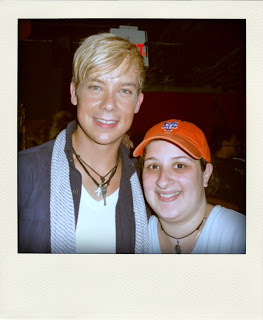