The meet and greet, scheduled to start at noon started just before 1 just outside the Black Bear Saloon. Which is located inside the Connecticut Post Mall. I lost count of how many people thought we were in line for the store ‘Justice’ which was next door… that sold clothing for what appeared to be 8 year olds. (The line was young, but not THAT young)

CJ was up first, and I couldn’t help but notice his shoes so that was the first thing I commented on. “Your shoes are awesome” It was a nice ice breaker. We chatted a bit about the bands upcoming trek to California to be featured in webisodes. I believe he told me it would be “Balltastic” which he then told me was his new word. I’m not quite sure that’s going to catch on… He also asked me if I was going to sing along and I hesitated and was like “I don’t know, I’m kind of a new fan” and he was like “You’ll catch on, you’ll catch on” How sweet of him.

Nick was next and we said a quick hello before Steve jumped in and commented on how he liked my shirt. (NY Mets) I told him thanks and that I had been to the game the day before. He mentioned how he went to the game on Thursday and I asked how he liked the new stadium. He said he liked it, which of course led me to tell him about how I think there is not enough blue and orange there. He agreed and I was glad. (I’ve gotten into far too many fights with so called Mets fans who think I am less of a fan because I don’t like that these 2 colors are missing, but thats a story for another day) Nick asked him if for real there was no blue and orange (No, we just had a conversation entirely based on lies lol) and he said yeah.

Next up was Derek. Who said nothing to me. Didn’t even look at me and was clearly too preoccupied with whatever was on the back of his box of scooby snacks to pay any attention to me. I looked at the poster to make sure he signed it (he did) and moved on to Tiffany.

Tiffany is totally adorable and totally sweet. I said it was nice to meet her and couldn’t wait to see her set and she said thanks! Our time was brief because the line was being shoo-ed into the restaurant for the performance.

Autographs under the cut… 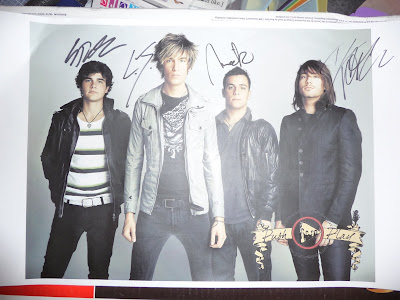 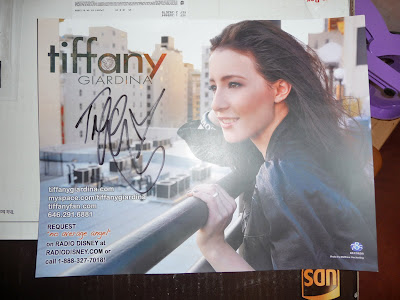